Arguing with them about whether their delusion is real or telling them they need to just stop believing it or snap out of it.

It may sound counterproductive, but it actually does not help to argue or debate with someone about whether or not their delusion is real.

To someone who believes their delusion is real, it’s likely to make them not trust you when you keep insisting that it isn’t. It can also strengthen their belief in the delusion, out of defensiveness. Arguing that what they believe isn’t real or simply dismissing it as not real can be distressing. There are ways that we can work with someone to check the reality of the situation, but this isn’t the same thing at all as just insisting that their belief isn’t true or arguing with them over whether it is.

Becoming embarrassed of them and wanting to distance yourself from them or telling them that they mad or crazy.

They are still the same person you knew as before. Experiencing reality differently doesn’t change that. It doesn’t change who they are. Many people seem to understand that about conditions like depression and anxiety, but don’t extend that same understanding to experiences like delusions and paranoia.

And we should never refer to somebody as “mad” or “crazy” for experiencing reality differently from us.

Pitying them: looking down on them like they’re less of a person, patronising them, treating them like a child, or feeling sorry for them.

People who experience reality differently are still people and still deserve the same amount of respect and dignity as anyone else. An adult experiencing a delusion is still an adult.

We can show compassion and kindness to someone, without seeing them as something sad and pitiable. Somebody doesn’t become less of a person or change who they are fundamentally just because they’re experiencing delusional beliefs. Someone experiencing reality differently is treated like a tragedy. But people can still lead happy, fulfilling lives even if they experience delusions.

Pretending like this isn’t a real part of them / just ignoring it afterwards out of shame and awkwardness.

We’re sure this is something lots of us in T&T can relate to: we experienced a mental health issue or episode of some kind, and our families are too ashamed to address or acknowledge it after.

Talk to them about it, learn their triggers, figure out what accommodations you can make, create a safety plan with them and the rest of their support system for difficult episodes. Often we forget to centre a person in ideas for how we can support them because we don’t think they can possibly know what they need. Ignoring it entirely can engender shame and make them feel like there’s something wrong with them.

Laughing at them when they’re delusional / making fun of their delusions.

Please don’t laugh at people for having delusions. It’s not a joke. They don’t stop being a person and it still hurts for you to laugh at them or to make fun of their delusions.

Panicking and rushing to a quick solution.

It can feel helpless to feel like we can’t fix someone, but mental health issues and experiences in general don’t always tend to have quick solutions. Instead of trying to find a quick fix, or to ‘cure’ them, we can focus on supporting them, on showing up for them, on being there for them, on caring for them. What support they need may differ based on the individual, as well as whether or not they’re in any sort of danger. But trying to “fix” someone is a recipe for burning yourself out, and even becoming resentful of the other person for “not getting better”. Depending on what they need, caring for them may look like giving them space to share what they would like to, including their feelings and the content of their delusions, making them feel heard & validating those feelings (eg. “that must be really scary.”). If you feel like all the support you’re giving to someone still isn’t “fixing” them (for eg. because their delusions won’t go away, because some delusions are chronic), it still matters. It still makes a difference. You don’t need to “fix” someone for your support to matter.

Panicking, while understandable, is also unhelpful. As difficult as it may be, it’s helpful to try to remain calm so you can approach the situation clearly.

Telling them is because of a demon or something spiritual.

This is a really common response in Trinidad and Tobago. It’s okay to hold your own personal beliefs, but saying this to someone may only shame them, scare them and / or worsen any distress they’re feeling. And it may also strengthen their conviction in the belief. Please don’t try to make meaning for someone else of their own experiences.

Referring to their medication as “mad tablets”.

There is a lot of valid mistrust of the pharmaceutical industry, but there have been instances of people in T&T referring to someone’s medication as “mad people tablets”, which led to people refusing to take their medication out of shame, because they know that they not “mad”.

Raising valid concerns about the side effects or effectiveness of someone’s medication is absolutely not the same thing as shaming them for taking psychiatric medication because “is for mad people”. People should be allowed to use the tools and resources that help them, without judgment.

Again, experiencing reality differently, having a mental health condition, doesn’t make someone less entitled to dignity and privacy. We should be careful of telling other people about our private interactions with that person, about their delusions, about their fears, about the personal things they’ve shared with us, without their consent.

Someone’s personal details don’t become gossip just because they have a mental health condition. If you wouldn’t want someone to share that information about you, then don’t do it to someone else.

It’s okay if you’ve ever done any of these things: we are all learning! But hopefully, this helps you know how to be more supportive in the future. 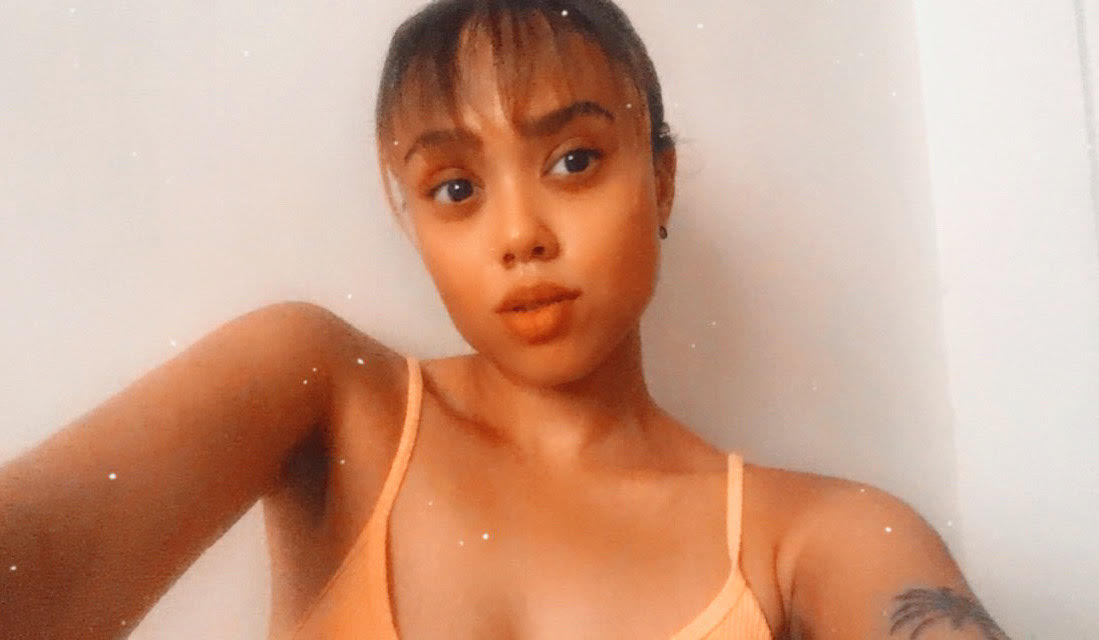 Victoria: I’ve been told that I’m “oversensitive” and that I “need to be strong”

Victoria: I’ve been told that I’m “oversensitive” and that I “need to be strong”

©The Not Okay Movement 2021, all rights reserved